Imagine all the people coming together to do something for Europe


I’m Mari Kõrtsini. I’m currently in 11th grade in Rapla Ühisgümnaasium. I attended the 16th Estonian National Forum of European Youth Parliament. It took place in Tallinn, during fall break. The speaking language in the session was English.
My history teacher Pille Lindre was the one to suggest me to go there in the beginning of October. Since I knew that it is going to be held during the fall break, I was very sceptical about it, first. After couple of weeks I finally made up my mind and said that I want to go. Two other students went from Rapla Ühisgümnaasium, Mari-Liis Reimand from 10th grade and Joonas Kuusemäe from 11th grade.
The session was, as said, held in Tallinn. In Rocca Al Mare school to be exact. It started on Saturday and ended on Wednesday. The main point of the session was to discuss problems and topics about the EU or that influence the EU. There were eight topics that were discussed. They were discussed in small groups, committees. My committee had a topic that in few words was “In order to reach 2020 Europe renewable energy targets, how much of solar power can be used?” In our committee, we had to come up with problems with this topic and resolutions, which were things that the EU should do in order to make the situation better. My phone was really helpful in this situation for two reasons. Firstly, when I didn’t know how to express myself in English or when I didn’t know a meaning to a certain word, I used my phone to translate or define words. Secondly, I could do research and find facts and material for our topic.
The session was amazing, I made a lot of new friends and got a lot of new knowledge. The EYP’s theme song is John Lennon’s “Imagine” which was played at the end of the closing ceremony and which then ended the session, it connected everyone and some of us were in tears. I can say that that session had a big influence on me. When I got home I knew that I wanted to do it again.
After the session, when I came back to school, we started a topic about environmental problems in English lesson. The problems consisted parts about renewable energy so it was easier for me to understand the problem since I had just treated the topic of renewable energy at the session. Some of the other problems that we treated during our lessons were deforestation, overpopulation, global warming and overfishing. We researched the problems using technology, our phones and computers.
Not long after the Estonian session, I got an invitation to Finland, to the next session. Without a doubt, I said yes. When I received my topic for that session, I was surprised to see that the topic was “Overfishing”. A problem that I had just treated and researched deeply in the English lesson.
The fact that I knew so much about the topic was kind of like a blessing because I didn’t have to do any additional research in order to understand my topic.  A video, which we watched in English lesson in order to find information about overfishing, was really helpful in the session for example. I showed it to other people in our committee and we got some interesting points from there. The session overall was as fun as the Estonian session and again, John Lennon’s “Imagine” was played at the end.
To sum up, those sessions gave me a lot of new knowledge and friends, advanced my English vocabulary and speaking skills and were also very fun and interesting. My digital tools such as my phone and my computer were very helpful in both of the sessions. In addition, the fact that I had already done research about my topic for the second session, was probably the best thing that could happen. We couldn’t had done the research in the English lesson without the help of our digital equipment. So overall, I can say that digital equipment played a colossal role for me during those sessions. 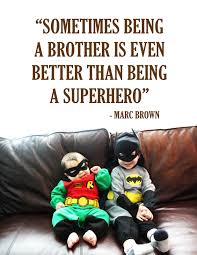